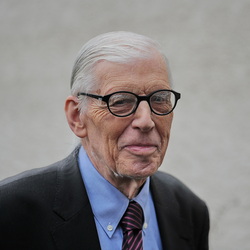 Charles Graves was born in 1932 at Syracuse, New York. He studied at Princeton and holds an M. Litt. From Oxford. He pursued a career in international relations at Geneva, Switzerland and earned a doctorate from Basel University. He has published books on the history of religions and the development of languages. Families of the Domesday Book occupied him for 25 years. Many hours were spent at the British Library preparing the volumes.